A selection of the best photos from across Africa and of Africans elsewhere in the world this week.

Fans of Malian rapper Sidiki Diabate sing along as he performs at Bamako’s Modivo Keita stadium on Sunday. Diabate, the son of renowned kora player Toumani Dibate, is an accomplished kora player in his own right as well as being one of Africa’s biggest afro trap stars – a style that blends afrobeats with trap music from the American South.

The new Mrs Gabon laughs as the master of ceremonies places her crown back on her head after it had fallen on the floor at Saturday’s Mrs Universe beauty pageant. Gwen Madiba was runner-up in the competition held this year in Durban, which is open to women aged between 25 and 45 who have a family, a career and are involved in charitable causes.

On the same day, a guard stands in front of the Emir of Kano’s palace before the start of the Durbar festival, part of Eid celebrations in northern Nigeria.

On Friday, the head of the Coptic Church, Pope Tawardros II, delivers morning Mass to the faithful at St Mina Cathedral in Sydney, Australia. The country is home to the third-largest Coptic community outside Egypt.

Also on Friday, a group of men remove hyacinth weeds by hand from Lake Tana in northern Ethiopia. The invasive plant has threatened the livelihoods of many fishermen in East Africa.

One the same day, a Kenyan man sits on a street sign outside the Supreme Court in Nairobi where Chief Justice David Maraga ruled in favour of the opposition’s petition to annul the results of August’s presidential elections over voting irregularities. The road names on the sign have been altered by people celebrating the ruling in a tribute to the judge and to lawyer James Orengo, who brought the case.

Egyptian football fans cheer on the national team as they beat Uganda 1-0 in Tuesday’s World Cup 2018 qualifier. Midfielder Sam Morsy says the Pharaohs moved “one step closer” to a first World Cup appearance since 1990 with the win.

Ammo Aziza Baroud, Chad’s newly appointed ambassador to the Netherlands, hands a letter of credence – the document which formally confirms an ambassador’s appointment – to King Willem-Alexander at Palace Noordeinde in The Hague on Wednesday.

A member of Cameroon’s security forces stands guard during the release of Anglophone activists from prison in Cameroon’s capital, Yaoundé, on Friday. President Paul Biya issued a decree releasing a number of activists but it is not known how many others remain behind bars, nor how many are being held without charge.

On Sunday, a man cleans the monogrammed initials on the tomb of Mobutu Sese Seko in Morocco’s capital, Rabat. The authoritarian leader and self-styled “King of Zaire”, now known as the Democratic Republic of Congo, died of cancer in a Rabat hospital 20 years ago. A memorial service was held in the city on Thursday. 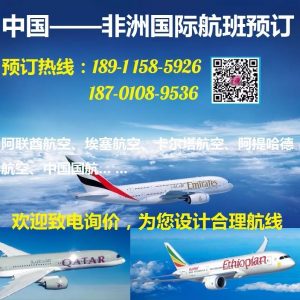 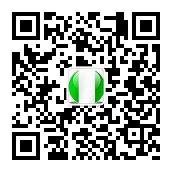